In recent years, the calendar of optical events in both Europe and the world has grown significantly, with events growing in scale and attracting more and more exhibitors and visitors.

On the map of Europe, Silmo (Paris) and Mido (Milan) became the venues for the top optical events. The fairs are held in two of the world’s capitals of fashion and art, and are therefore not accidental places for setting trends in spectacle optics.

Intimate atmosphere without the pressure of time

In addition, there are also interesting smaller-scale events that attract people from the optical industry with an intimate atmosphere and the opportunity to establish business relationships with both well-known and niche, and often innovative eyewear manufacturers.

Berlin has chosen a historical place for this event – an old bus depot – the so-called Arena Halle, which has hosted dozens of European companies from the optical industry.

I came to Berlin as an enthusiast of eyeglasses out of pure curiosity, open-mindedness, and a willingness to establish new contacts and describe industry curiosities.

I must admit that I do not remember an optical trade fair at which I could easily approach almost every exhibitor, sit down, talk and take product photos. The friendly, home-like atmosphere encouraged me to start interesting conversations, ‘play it cool’ and, as I hope, establish valuable business relationships.

Copenhagen Spec, as the event was called, gathered exhibitors mainly from Germany, Italy, Denmark and France. I had a chit-chat with almost everyone, but there were also some company stands that attracted me with a visionary and artistic approach to designing glasses.

One of the exhibitors who I spent a little more time with (moreover, who a few months ago drew my attention on social media) was Hungarian (yes – Hungarian – it’s not a mistake!) producer Vinylize who, in the form of its products, created an unconventional and almost unbelievable combination of optics and…music. As the name reveals, he uses vinyl records as the main material for the production of spectacles! And these aren’t just any records. Imagine that the glasses you are wearing contain (literally) the soundtracks of such hits as „Thunderstruck” or „Highway to Hell”.

Vinylize is a spectacle AC/DC in its purest form! As if that was not enough, the glasses made by the Hungarian manufacturer are characterised by great quality. One more thing: you probably think that the producer „went the extra mile” and consequently (going hand in hand with heavy music) created an inconvenient, massive and heavy line of eyeglass frames. Nothing of the kind! I experienced it first-hand (specifically the nose). These are extremely comfortable and convenient eyeglass frames. Vinylize are spectacle works of art that arose from passion, heart and soul for glasses and music. Good job! 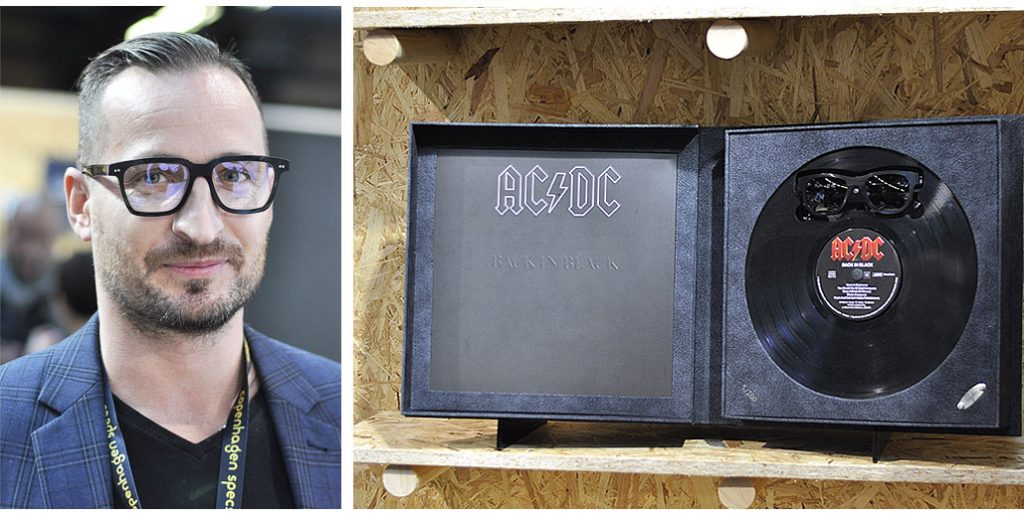 Another exhibitor, whom it would be a shame not to know or not to notice (whilst being a person from the optical industry), is the Berlin-based Mykita company. In my opinion, amongst the top (if not the best) German eyeglass frames. Their great design, bold style, exquisite workmanship and great materials come from the hands of a talented team of designers from Kreuzberg. World-class! Chapeau bass! 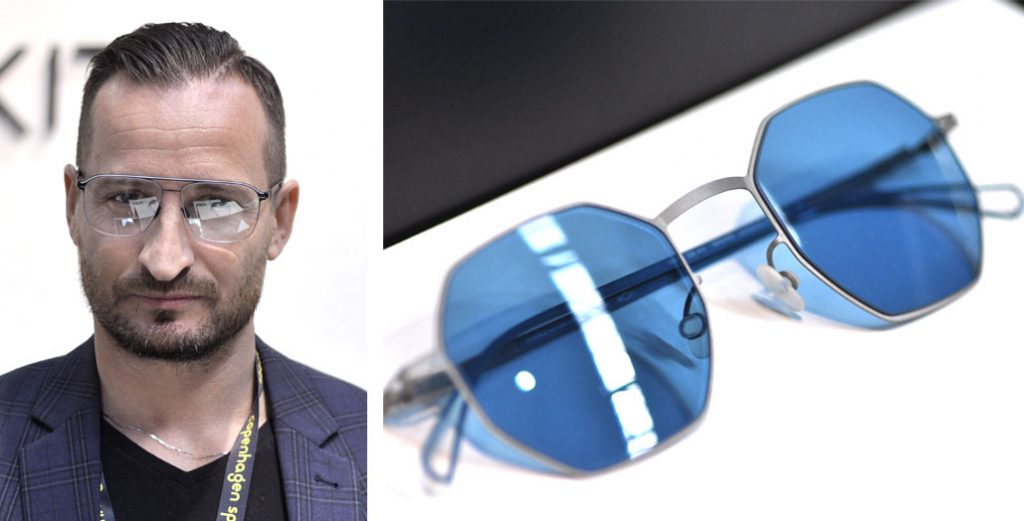 Leather glasses made in France

The idea of ​​Copenhagen Spec was also to present producers who use uncommon materials and solutions in the eyeglass industry. I really did not want to leave the stand of Lucas de Stael – a Parisian manufacturer of eyeglass frames and who uses different types of leather. Materials such as stingray leather (I hope I understood Boub Sidibe well – a nice guest and representative of this brand) or crocodile leather! Wow! No limits – this is the right term for this manufacturer. 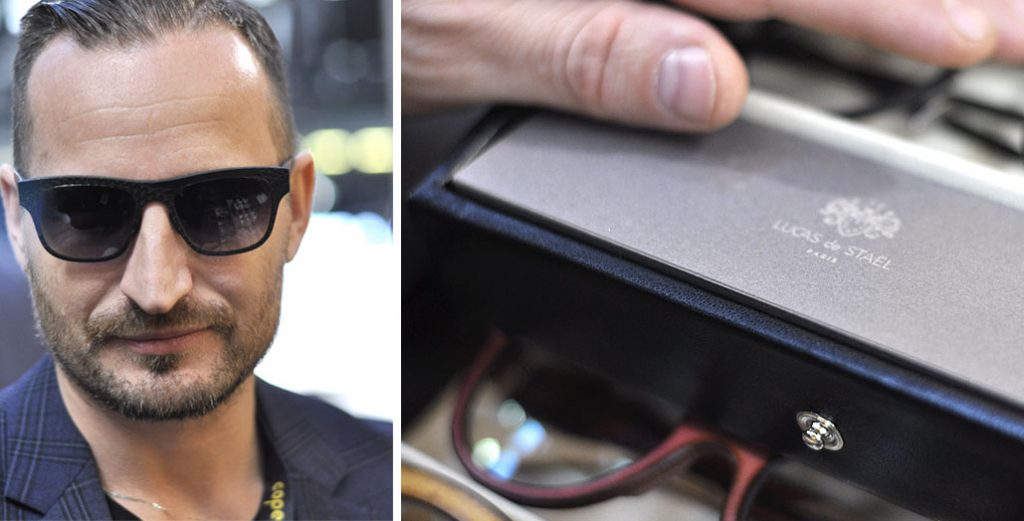 Please forgive me, but it is impossible to describe in this article all of the creative people with a passion for eyeglass that I met at Copenhagen Spec.

Maybe there will be an opportunity to have a closer look at them, and maybe even visit and describe exceptional producers such as Mad in Italy, Charmant, Andy Wolf, Thinwood or Blac. 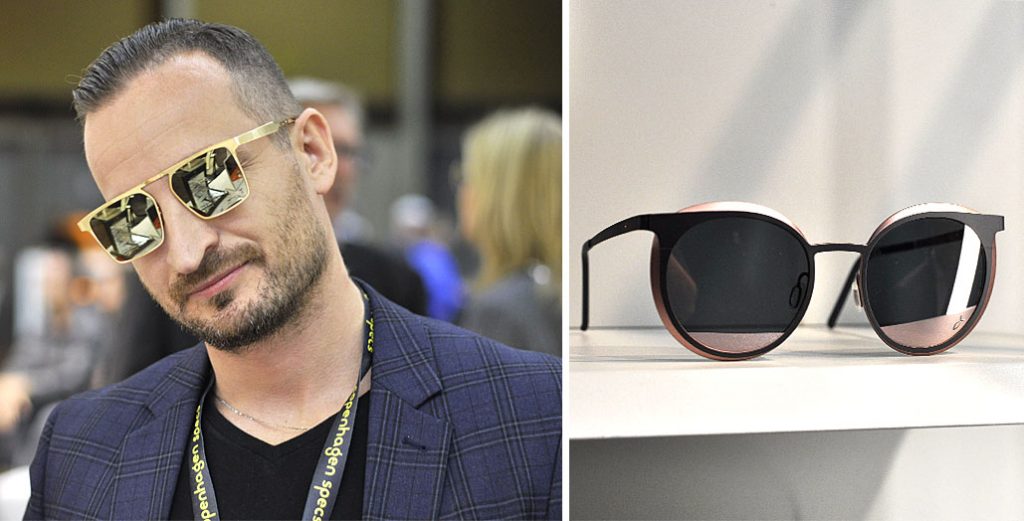 Leaving the fairs, something extraordinary suddenly caught my attention – it was the unique smile of Sabitri from the French premium – an underground Parasite manufacturer with really bold designs of spectacle frames, sunglasses and strongly futuristic optical masks. They are perfectly made, futuristic products. I do not actually know what the occasions to wear such an optical novelty are…and I am not sure if I even want to know. Maybe the time will come to reveal this secret, meet the producer and have a short interview? Who knows? See you next year! 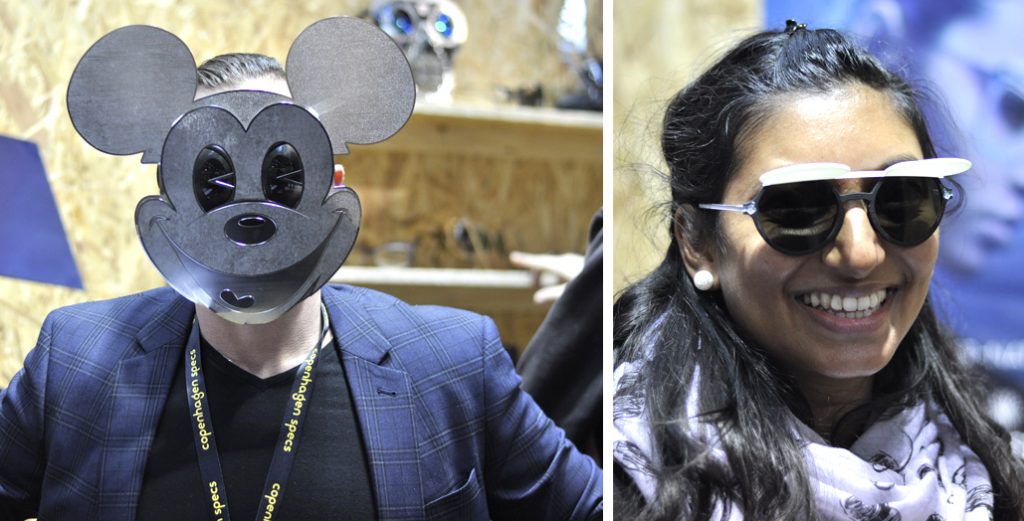 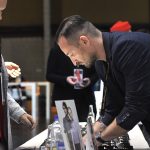